Under pressure to perform and meet the pending deadline director Joey de Leeuw turns his own situation into the concept for the film. From struggling to deal with his ego and his ambitions to the liberating moment he frees himself from it all, this film is a beautifully shot testament to the creative process.

Shot on 16mm film outside Calais in France we see a young man – actor Yassine el Ouardi – picking up and desperately trying to carry a very heavy rock up the cliffs before the sun sets. When at the top he catches his breath and he lets go of the rock, freeing himself from his metaphorical burden as well as the heavy load the film crew had to lift in the filming process, doubling the 180 degree turn in the process.

Obstruction:
The camera must rotate 360 degrees in a single direction between the beginning and the end of the film. This must be visible in the film. 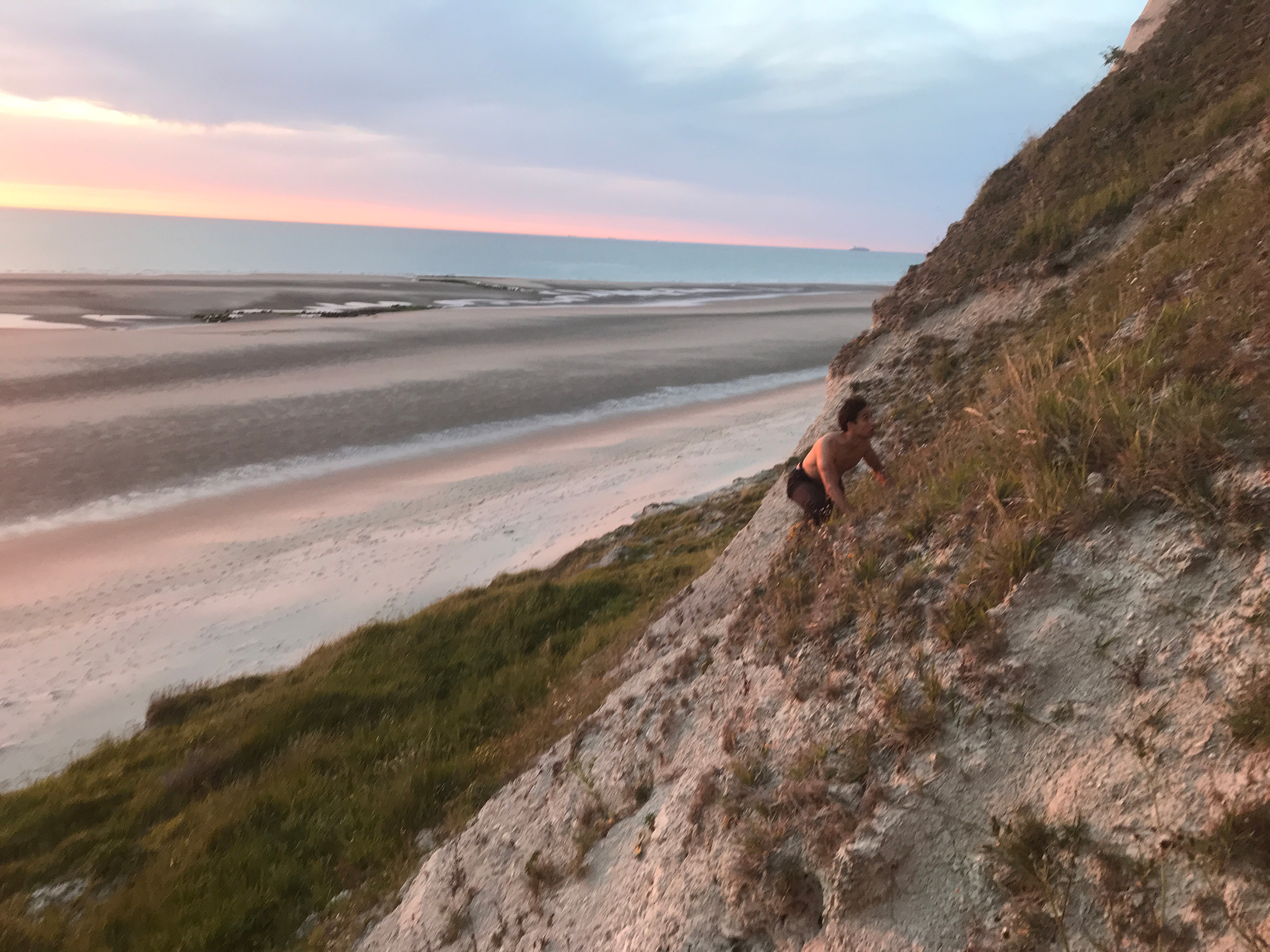 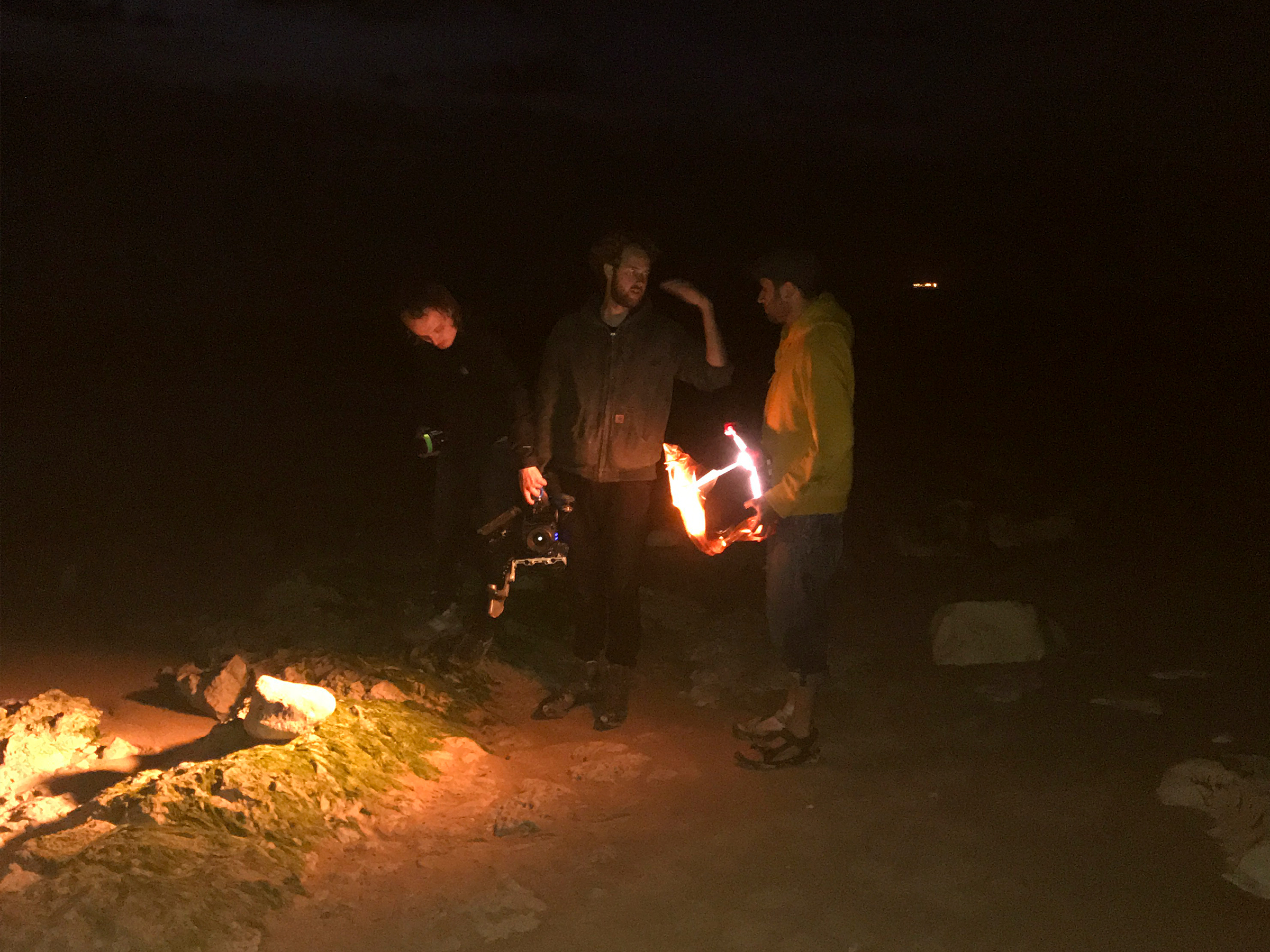 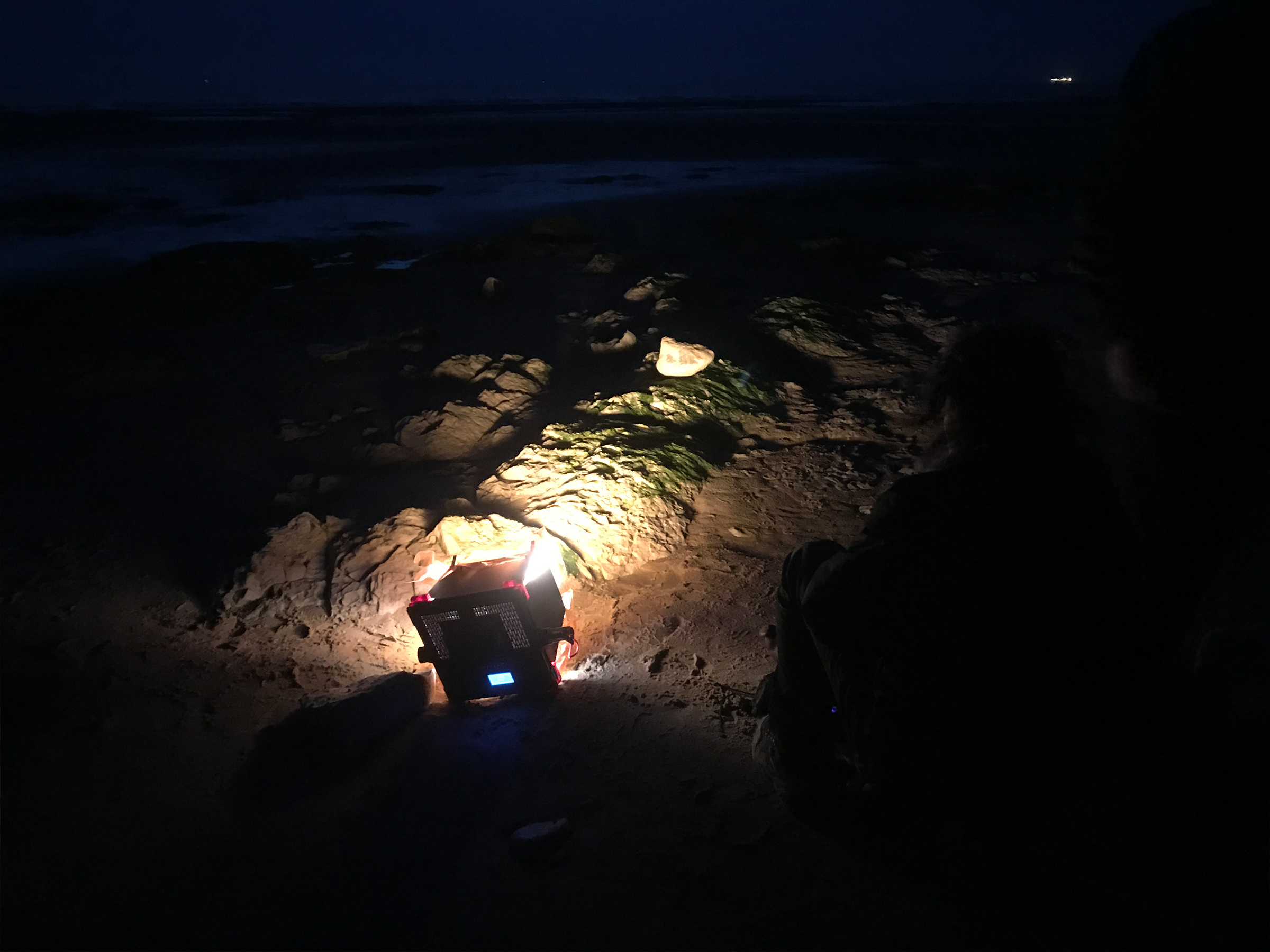 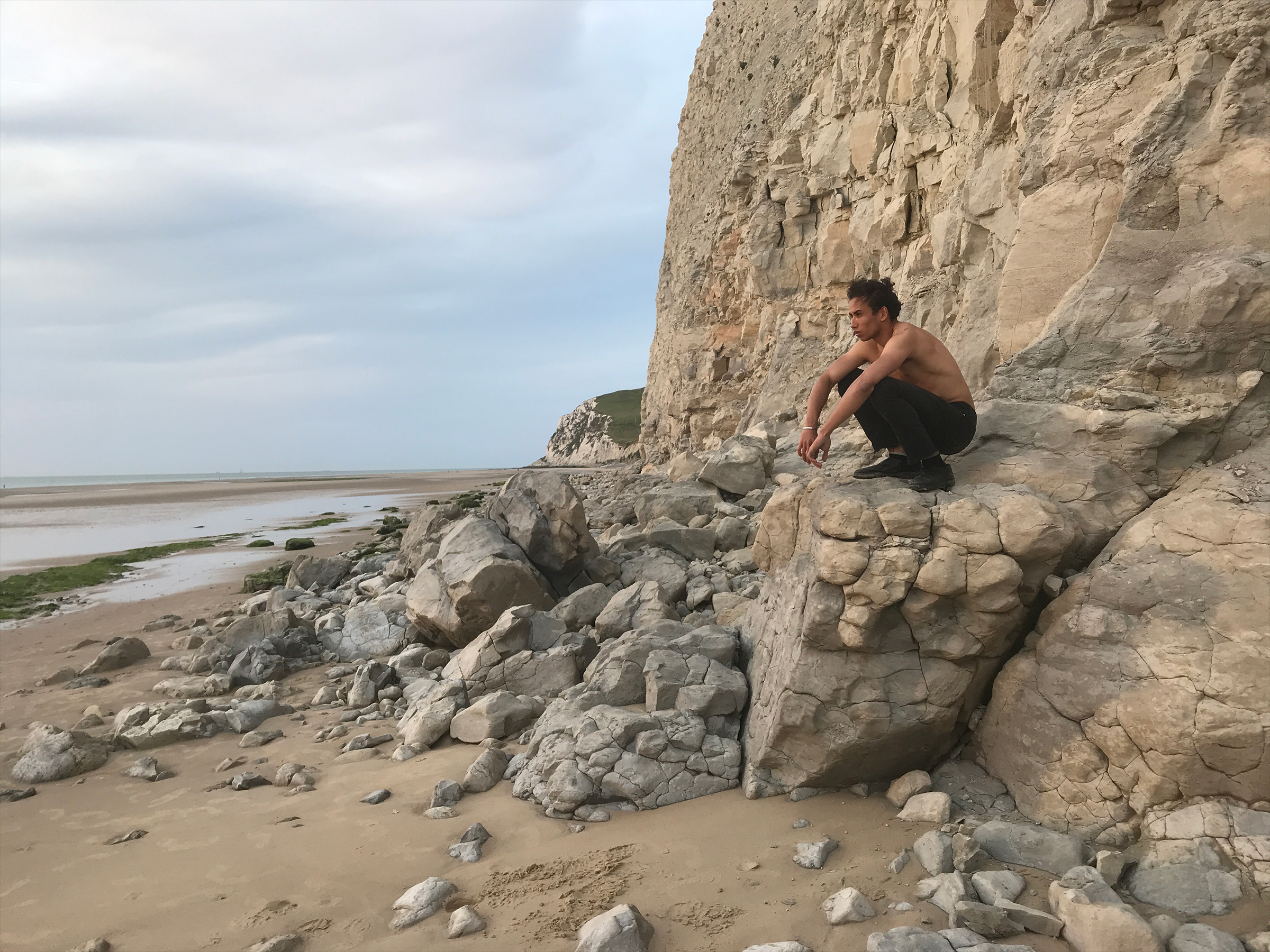 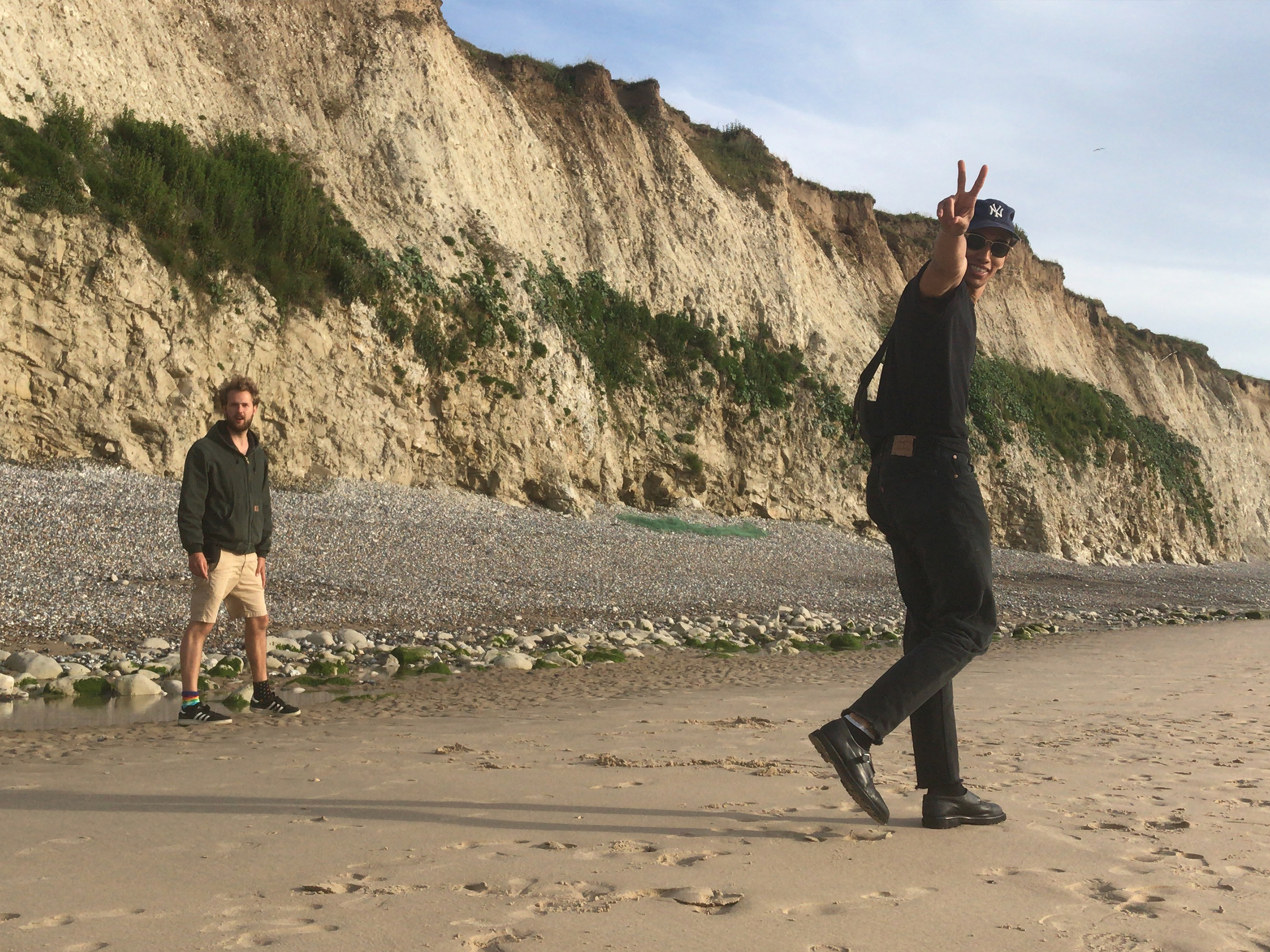 The day before the shoot Joey de Leeuw along with DOP Abel van Dijk and actor Yassine el Ouardi drove in a fully packed car from Amsterdam, the Netherlands out to the north of France. They were looking for a beach with high dunes or cliffs and found it outside of Calais. The next day they were joined by focus puller Boyd Bakema.

As they wanted to shoot in the evening and early morning they only had a short time window to get all the shots, despite having a relatively long sunset and sunrise in late June. Because they only brought 3 rolls of 16mm Kodak Vision 3 film this meant that they not only would have to make the best of the time, but also could not waste any shots.

The shoot itself was done on an Arri 416 with Zeiss Master Prime lenses which needed a bit of steadying to get the opening 180 degree shot. Two Astora lights were used with orange filters for added color. Working with a small crew climbing up the cliffs with all the gear (and a rock) in a short time space proved to be challenging. Also for actor Yassine, having to climb the cliffs and carry the rock was really physically exhausting and painful.

After the shoot the film was sent to get developed and digitized and was returned within a week. After the final edit Remi Lindenhovius colored the film and Benjamin Braasem created the music.

The main character in the film struggles to carry the rock up the cliffs. Was it as much of a struggle for you to make this film?

The whole idea of this film didn’t come easy to me. While the deadline for the shoot came closer, I still didn’t have a concept. I saw myself carrying that heavy rock with me. For me it represents my ambition, my ego, my old thinking patterns. The moment I saw myself carrying all those things again, I thought: “Let it go man”. I decided then that this should be the whole concept.

The funny thing was during the shoot, we overlooked about having to move the rock from one location to the other. So we (read Yassin) had to carry the rock with us every time we had to move. It maybe doesn’t look that heavy in the film, but it actually was. It only looked light because Yassine is really strong. I tried to carry the rock myself and had a lot of troubles doing so. Haha!

Carrying the rock ourselves did help Yassine to get into his role though.

At the end, when we let go of the rock, it felt very liberating.

Can you guide us through your creative process? After you received the obstructions, how did you get started and what did you do?

It felt like carrying a heavy rock on top of a steep cliff.

I’m used to working commercially, so the boundaries are always clear. This time not so much. I created the film together with Abel the DOP and I think in the whole process we created maybe 10 concepts. Some really good, some bad. We started with a first script, but soon came to realise the production wasn’t feasible. So back to the drawing table we went.

The moment we received our obstruction we where quite happy. We created the script and thought about how we could integrade the obstruction. At first we wanted to create a one-shot film, but it was too difficult to create a smooth one-shot without a steady-cam. So, we decided to use it as an intro.

Your obstructions were relatively easy, technically. Did that help you in the process of making this film or did you feel they limited you, because they didn’t offer enough to build upon?

We didn’t feel limited. We where actually inspired to do a long take, which resulted in the intro we have right now. In the end the obstruction inspired us to think more creatively about the concept of a 360 movement and when we flipped our perception, we realised that the whole video was about 360 degrees all along.

In the final film you failed to find a solution for the obstructions. What is your best excuse, and do you really feel like you failed?

You have to make strong decisions to create the best end result. The intro shot worked so much better as an 180 turn instead of the requested 360. So, I don’t believed we failed. We created a film which hopefully can support people to let go of the rock you don’t need.

Joey is an Amsterdam based director with a quirky view on the films he makes.

When you see him roaming around his film sets, you can feel he’s looking for something specific. He mostly finds it in the realness of the people he works with, regardless shooting fiction or documentary.

Vulnerability, aestethics and the observation of reality play major roles in the composition of Joey’s work. Projects kick off structured and then he needs his space to decide intuitively what the film‘s asking for. While working this way Joey makes room for authentic, honest moments to happen, where talents feel they can show their true self.

Real stories, told with narratives, pure and natural shots and a sufficient amount of dreamyness are the outcome. Encourage Joey to trust his gut feeling when he’s inclined to overthink the details and you find yourselves able to produce something special together. 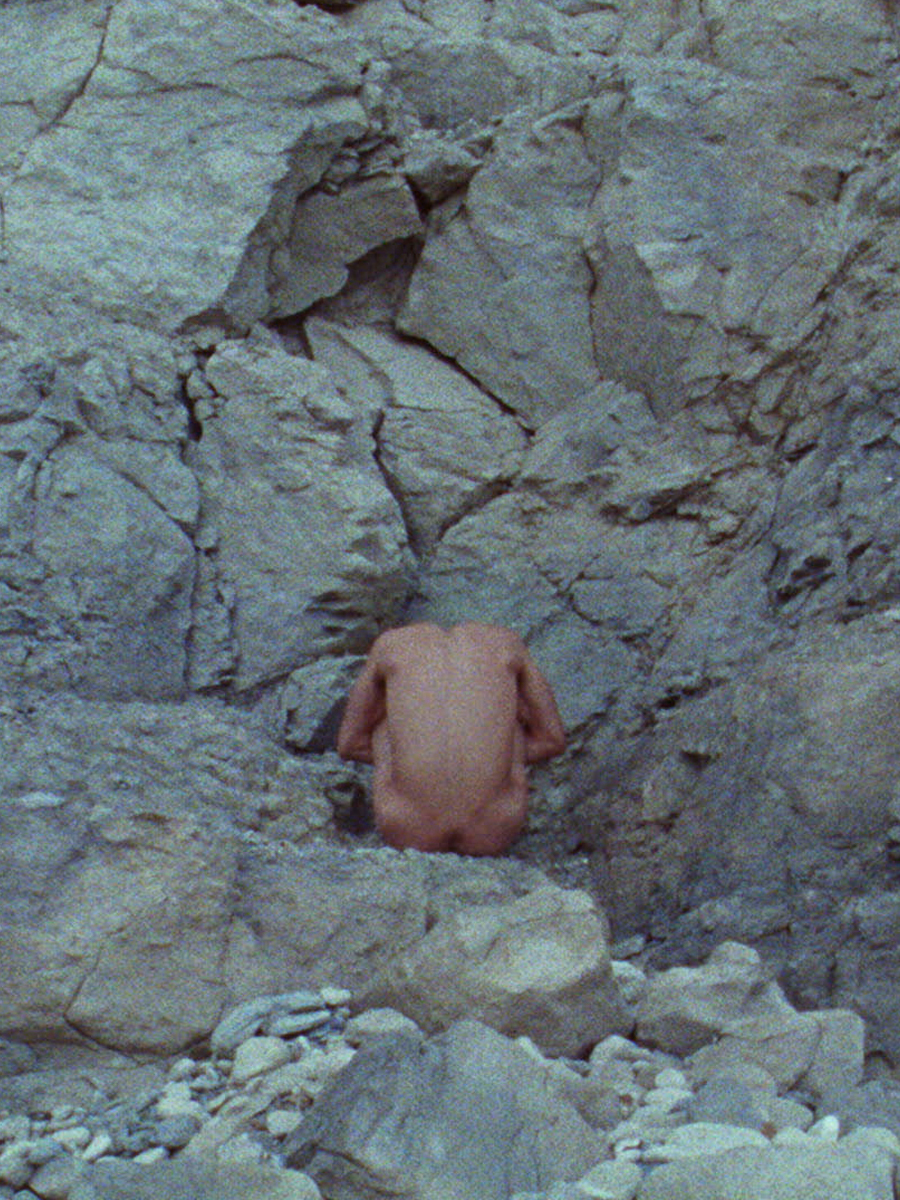 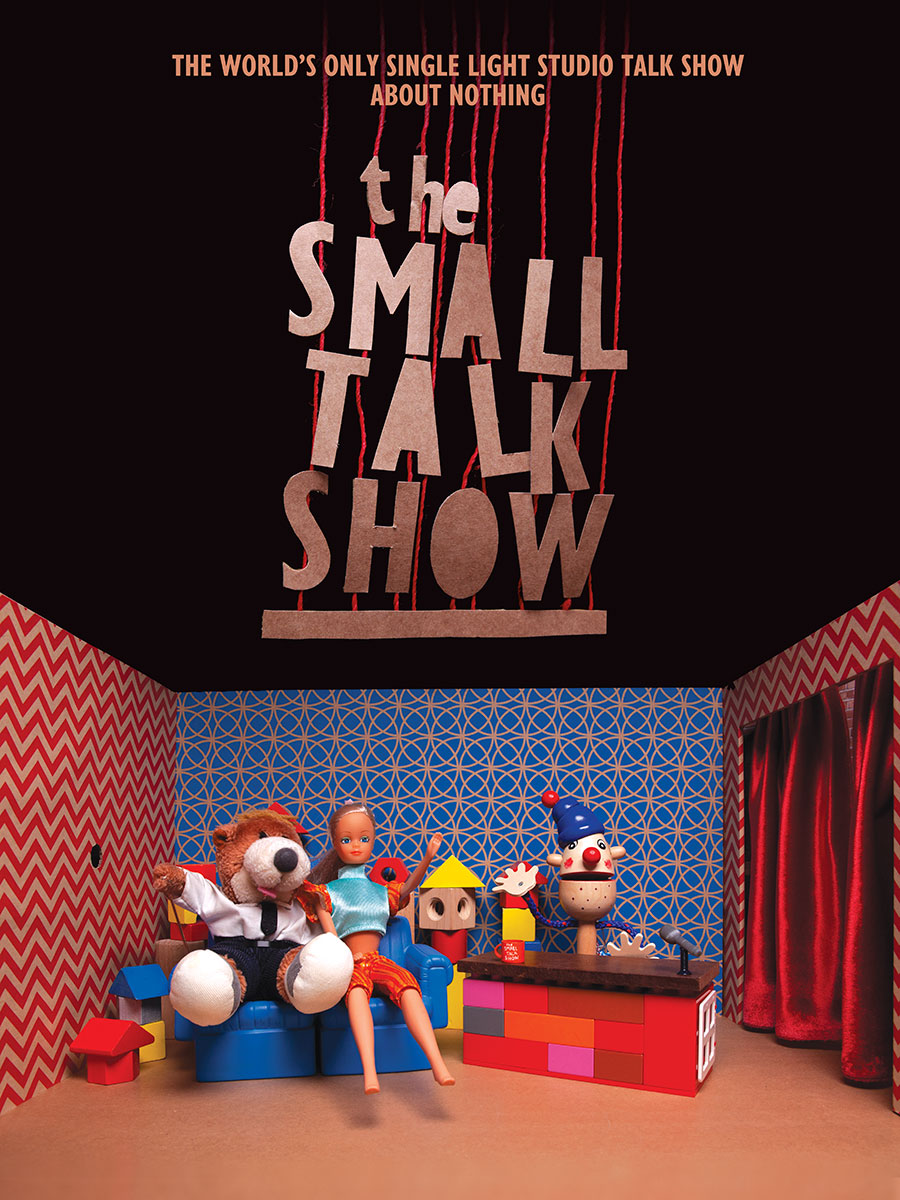 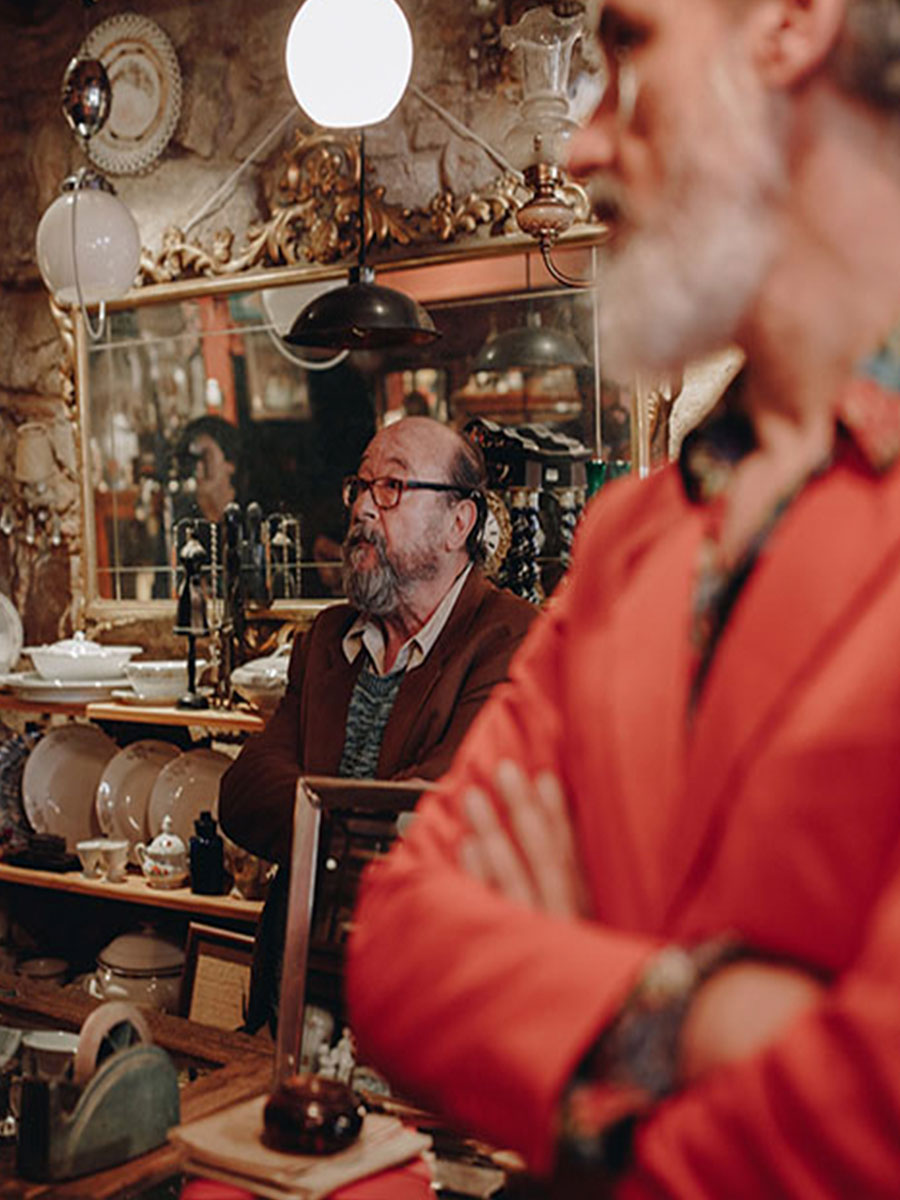 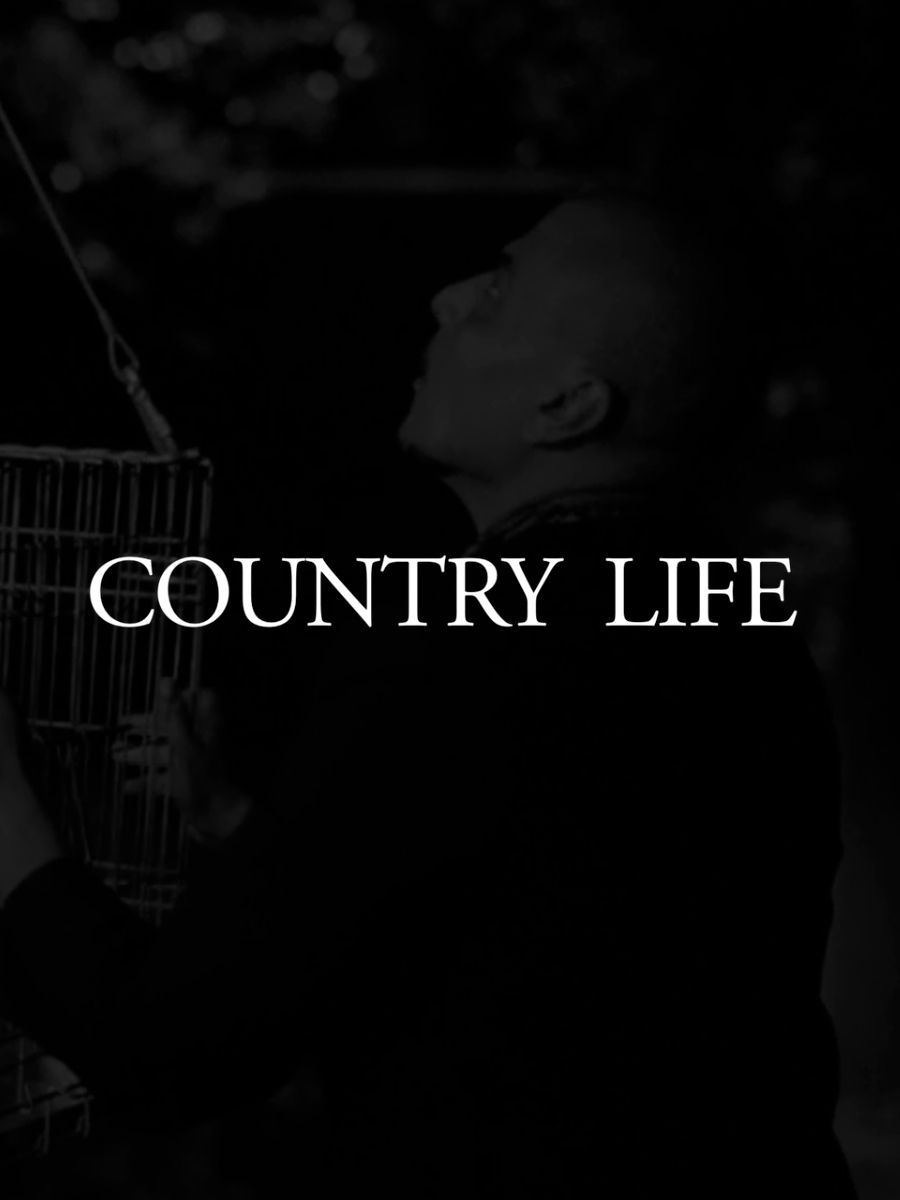 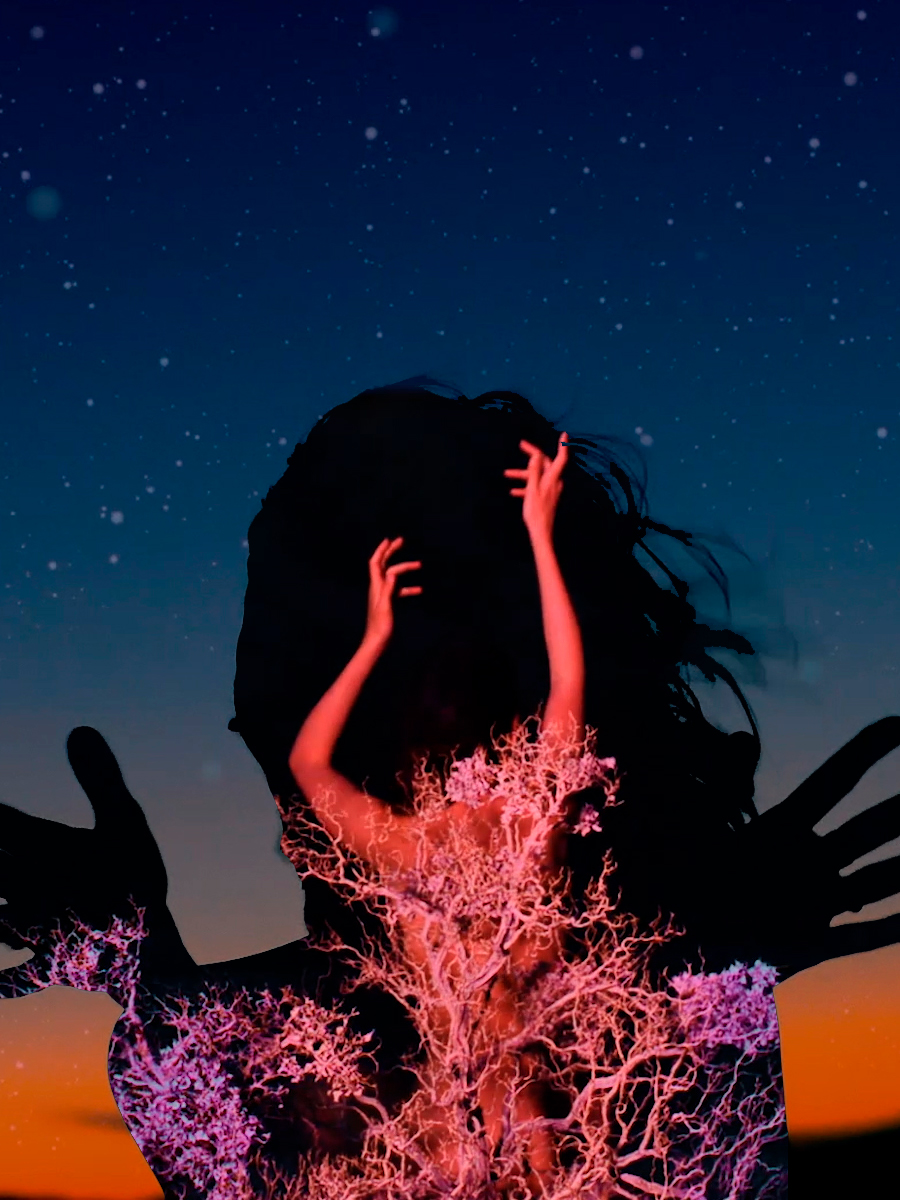